As I mentioned in another thread, I have made a new map (only one this time) and want to upload it so you can use them to create a new mapset?
I have tested the map and is checked.
What is actually the way to choose?
Can I send my created maps to you so you can (with the maps that others make?) create a new mapset?
Must I upload it somewhere?
Maybe I have overlooked it but I can't find in the forum what the steps are that has to be made.

With version 1 I had made 4 maps (in the alphonse site period).
Now I have made 1 map with version 2.
You have given me the "mapcreator" status but I can't see if that is still the case.

Hello yesshead, it will be a pleasure to download your map.
You don't need to send it to me ; you can just attach a zip file to your post. See here.

Thanx for the place where I can put my created maps in the future and the one that I have made now.
But there is a question and if I looked around in this forum and there is a thread about maps to release in a mapset or not.
The map I have created has an extension of 'mtg'.
Therefore I can only play it in the designer section right?
I can't load these maps in triogical and that is for me just the way I like it.
I won't play maps in the designer mode because that spoils all the fun for me (and you can't save there so you have to play the whole map in once).
I can imagine that it is a tough job to create mapsets all the time but I think I will do that for the maps I like to play.

Am I right that the maps that are uploaded ('.mtg') can only be played in the designer mode?

You're perfectly right !
mtg maps can only be played in what you call "Designer" mode ("Editor" mode is the name I use).

As I explained earlier, one can creates a mapset with only one map. That's odd, but possible ! The interest is one of the points you've spoken of --> to save the position.
For me, I like to play in the editor mode, because I can modify little by little the map, when I think I'm approaching the solution for a long or fast map.

Now imagine that people create as many mapsets as they create maps... and send their scores to the HOF ! This one would be overcrowded !

Thanks for the info Patapin.

What I meant by creating mapsets is to join maps together that are uploaded already.
To garantee that you can play all the maps, you could create mapsets of 9 maps each.
In that case you wouldn't need to solve 9 maps before before you can play the next 9.
It is also possible to make mapsets of 99 maps, like the first and second compilation.

Patapin a écrit:For me, I like to play in the editor mode, because I can modify little by little the map, when I think I'm approaching the solution for a long or fast map

This is also a reason to use mapsets because when I make a map to play for others, I don't like it that it is possible to 'cheat' by editing the map.
Not everyone has the power to resist it to take the 'shortcut' if they have difficulty by solving the map (at least, that's my opinion).

There is a tutorial in this forum to create mapsets (at least I thought I saw one).
Is it possible, if I make mapsets of already uploaded maps, to upload this ones too? (it would take a while tough)
Maybe there are also others who think like me and likes to play it the way triogical is meant to be (in my humble opinion at least).
As I said, I don't like it (and won't do it) to play maps in the editor mode.

I shall upload my map one of these day's, the one I have created in the way you like it (as an 'mtg').

Don't worry, other people here (specially french ones) prefer to play mapsets, and love to compare their scores.

It is possible to create 9 maps-mapsets. Here is the link : https://triogical-addict.forumactif.org/t584-creating-mapset-tutorial#2658

I tried to upload my mapset but apparently I don't have the rights to add an attachement?
I'm a mapcreator tough but I can't finish point 3.

Patapin a écrit:3. Click on "Choisissez un fichier" (Choose a file), and choose a zip file on your computer.
In this zip file, you can group several maps if you like. You are allowed a 20 ko max file per post.

I can't finish this part.

Sorry for you, I don't understand why it doesn't work.

Could you tell me exactly what you tried ?
(Please be carefull first to attach a zip file, and not a rar file, then to attach a small file (under 20 ko)

If it still doesn't work, try to upload your map there. Click on NEW (NOUVEAU). 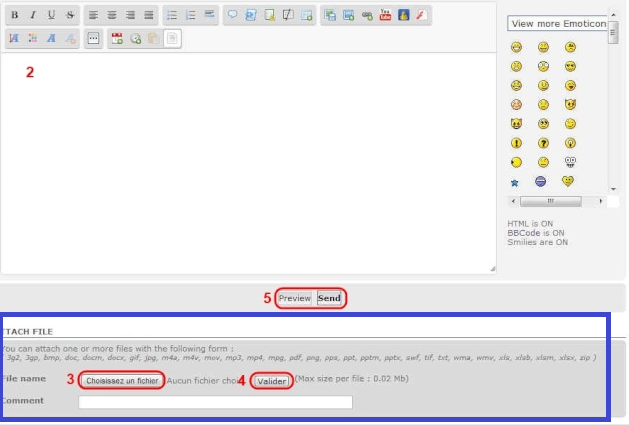 I use firefox as a browser but also by IE I don't get this possibility.

Forumactif helped me to find the answer. Sorry for the delay, yesshead !

I think you can now see the buttons (I hope) !

Yes, now it works, thanks

I uploaded my new map in the english section and then by new map releases.
Hope it is the right place.

The perfect place ! Thank you for your contribution